NEW BOOK LOOKS LIFTS THE CURTAIN AT THE WHITE HOUSE

Donald Trump likely won’t be adding this to his summer reading list. The author of Fire and Fury has more inside stories on the Trump administration. Michael Wolff’s Siege; Trump Under Fire comes out June 4. 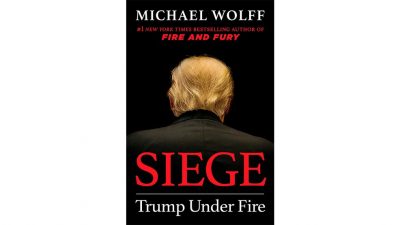 This new book promises a juicy, behind-the-scenes look at the current White House and a president who is volatile, erratic, and exposed. It focuses on tensions amid Special Counsel Robert Mueller’s investigation into alleged ties between Russian officials and the Trump presidential campaign. Fire and Fury was among the first books to extensively document the ongoing conflicts in the Trump White House.