HAPPY BIRTHDAY TO AN ENTERTAINMENT ICON 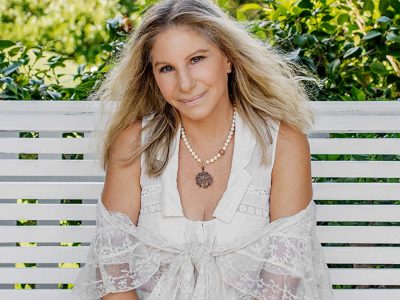 The singer still performs and releases music and has had number one albums in each of the last six decades. She’s also directed three feature films that garnered her two Oscar wins and 14 nominations. With no formal singing training, Streisand signed to a record contract and released her first album in 1963. For two years she appeared in Funny Girl on Broadway, which earned her a Tony Award nomination. In 1983 she made her directorial debut with Yentl, for which she received Golden Globe Awards as director and producer. More recently, she released her 34th studio album “Partners.” This year she released Walls, songs she says reflect her thoughts on topics including politics and freedom of the press. In 2015 she received the highest civilian honour in the United States-Presidential Medal of Freedom presented by Barrack Obama.