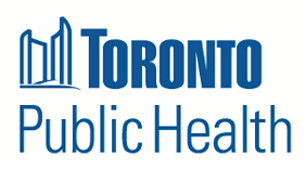 Toronto’s Board of Health Chair says health units across the province will have a lot less money to work with thanks to funding cuts announced during a conference call Thursday afternoon.

“Today, the Board of Health and Toronto Public Health were advised the province would be slashing approximately $1 billion of funding over the next 10 years.

This change, hidden in the provincial budget and imposed without any consultation whatsoever, will hurt the health and wellness of Toronto residents.

The funding they are cutting goes towards keeping our water safe, our children vaccinated against deadly diseases, our restaurants clean, and our pets from getting rabies, along with many other programs dedicated to ensuring people are healthy.

We understand from Toronto Public Health that this puts funding at risk for many programs including:

The Toronto Public Health budget has historically been funded by the province for a reason: these are programs which protect people’s health and many programs which keep people out of hospitals and, ultimately, saves health care costs.

We understand that while the province will be changing the funding formula for all health units, Toronto in particular will see its funding further reduced this year and next year. It is impossible not to see this as a targeted attack on the health of our entire city and, in particular, the health of Toronto’s most vulnerable people. It is inconceivable why the Ontario government would want to single out Toronto, Ontario’s capital and economic engine, for harsher treatment when we know a healthy city is a prosperous city.

This is an incredibly serious funding change which puts our city’s health at risk and will put lives at risk here in Toronto and across the province.

Over the coming days and into next week, I will be working with Board of Health Chair Joe Cressy and Chief Medical Officer of Health Dr. Eileen de Villa to continue to voice our strong opposition to this dramatic change in funding and the threat to the health and well-being of all residents. This is a dangerous way to curtail expenditures and we will be working hard with Toronto residents to see it reversed.”

However the health minister’s office says this is part of a larger plan to download costs onto the city.  said Christine Elliott’s press secretary Hayley Chazan.

“We are working directly with our municipal partners as we slowly shift the cost-sharing funding model over the next three years to reflect municipalities’ stronger role,” said Christine Elliott’s press secretary Hayley Chazan in a written statement released on Thursday.

The province has announced a number of funding cuts that it says will help deal with its 11.7-billion dollar deficit.