The actress remembered for her distinctive voice who appeared in several sitcoms has died. 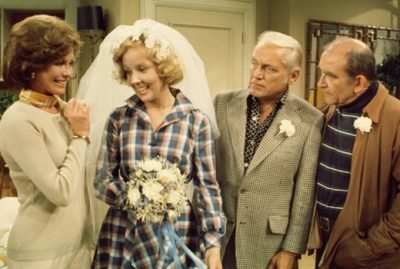 Georgia Engel is best remembered for her role as Georgette on The Mary Tyler Moore Show. She also had recurring roles on Everybody Loves Raymond and Hot in Cleveland. She received two Emmy nods for Moore’s show and three for Everybody Loves Raymond. Georgia Engel died last Friday in Princeton, New Jersey. She was 70. No cause of death is known because Engel was a Christian Scientist and didn’t see doctors.