Ontario drivers could soon see government-mandated stickers about the price of the carbon tax on gas pumps. It’s part of Premier Doug Ford’s fight against the federal government’s carbon tax. His government will introduce legislation that would require stickers explaining the tax will add more than .11 cents per litre to the price of gas by 2022. 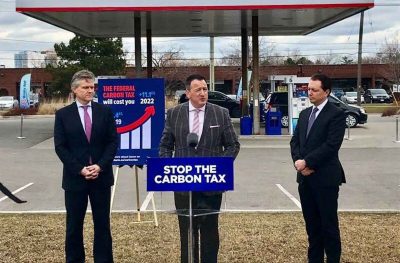 The provincial environment and energy ministers say it’s part of what they call “transparency measures” about the tax. It’s adding 4.4 cents per litre to gas prices  this year because Ontario is among four provinces that have not implemented their own carbon pricing schemes.