Stevie Nicks will be inducted into the Rock and Roll Hall of Fame for a second time, at a ceremony in New York Friday night. 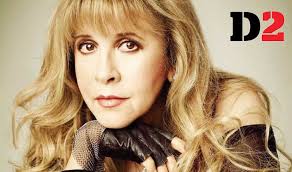 She’s being inducted as a solo artist, having previously been inducted in 1998 as a member of Fleetwood Mac. Over the years, Nicks says fans most often tell her that she couldn’t possibly understand how much her music has meant to them. But she knows all too well, saying other artists have impacted her as well. Nicks joins a class that includes Def Leppard, Roxy Music, Janet Jackson, The Zombies, The Cure and Radiohead. The awards will be broadcast on April 27th.