COME FROM AWAY GAINING INTERNATIONAL APPEAL

More international recognition for the hit musical COME FROM AWAY. 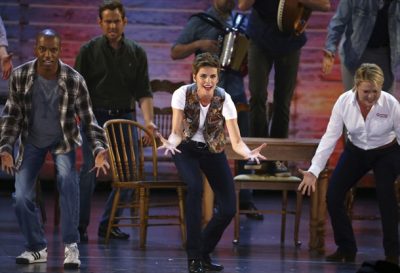 The wildly popular musical about a Newfoundland town that sheltered stranded air travellers on 9-11 has been nominated for 9 Olivier Theatre Awards in Britain, including best new musical.Other nominees include COMPANY, THE INHERITANCE and a revival of THE KING AND I.Actor Ian McKellen has been nominated for “King Lear” and Gillian Anderson for “All About Eve”. Winners will be announced April 7 at London’s Royal Albert Hall.