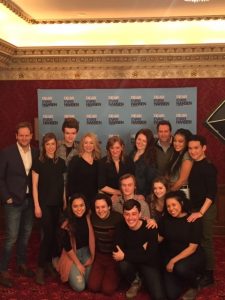 Billed as one of the most remarkable shows in musical theatre history, Dear Evan Hansen opens its first international run in Toronto Tuesday night. Vancouver native Robert Markus stars in the title role of this all Canadian cast and before the premiere, says he’s both nervous and excited.  The Tony and Grammy award winning musical has already struck a chord with audiences and critics alike. It follows a teenager’s struggle to fit in. The creative team behind the production say themes of loneliness and isolation are multi-generational. Benj Pasek and his songwriting partner Justin Paul, both Americans, say even though our cultures are similar, it’s exciting to bring this universal story to Canada. Dear Evan Hansen is now at the Royal Alex Theatre until June 30th. For more information, go to  Listen to my report here.