ONTARIO LIBERALS MAY NOT CHOSE NEW LEADER UNTIL 2020

It could be 18 months before we learn who will head up the Provincial Liberals on a long term basis. 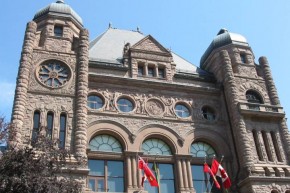 Fraser says the party has to consider the impact of the federal vote, which is likely to draw on provincial resources but that the party would not wait to begin it’s rebuild.