The Queen’s New Year’s Honours List includes 75-year-old Monty Python star Michael Palin in recognition of his second career as a travel documentary maker. Palin visited The New Classical FM in October to talk about his new book Erebus, one of the great exploring ships that sailed the world until it disappeared in the Arctic in 1848. The wreck was not discovered until 2014. 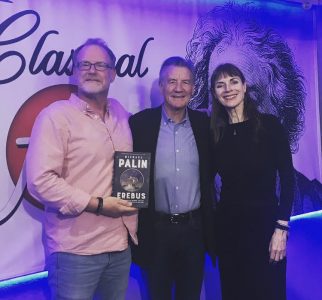 The others being knighted by the Queen are Canadian novelist Margaret Atwood, seven British divers who rescued young soccer players trapped in a flooded cave in Thailand and 1960s model Twiggy.