THE CARPENTERS GET FRESH TOUCH THANKS TO PHILHARMONIC ORCHESTRA 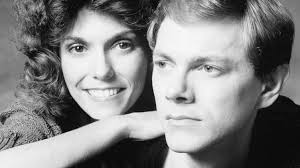 It’s a new spin on some well-loved classics.  Karen Carpenter’s brother, Richard Carpenter, has given new string arrangements to many of The Carpenters’ classic recordings from the late 1960s to the early 1980s.

It’s all featured in the new collection “Carpenters with the Royal Philharmonic Orchestra which includes hits like “Superstar” and “Close to You”.

The album debuted at #52 on the Billboard charts in the U.S. after its release December 7th.  The album made the Top 10 in the United Kingdom and Japan.  It will be released on vinyl in February.