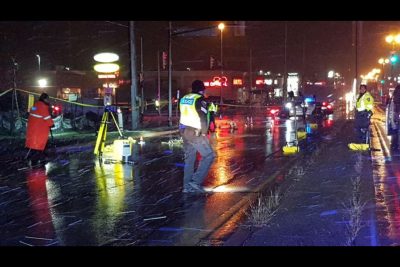 Investigators are on the hunt for a hit and run driver after a 40-year-old woman was struck and killed in Bradford.

It happened shortly before 7:30pm Saturday evening as the woman crossed the intersection of Holland Street West and West Park Avenue.

The driver of the vehicle fled the scene and the pedestrian was pronounced dead a short time later.

Police are looking for a dark-coloured pick-up truck.