UPDATE TODAY ON PRIVATE INVESTIGATION INTO DEATH OF BILLIONAIRE COUPLE

A lawyer hired by the family of murdered billionaires Barry and Honey Sherman will give an update Friday afternoon on a private investigation of the case. The Shermans were found dead in their Toronto mansion last December in what police have classified as a targeted double homicide. Police detective Susan Gomes confirmed the double homicide last January after sources from within the force leaked that it was a murder-suicide. Police have not provided any updates on their own investigation since January. Their family members, upset by initial erroneous  reports on the investigation, hired Greenspan to conduct a private probe. Greenspan willspeak at the headquarters of  the pharmaceutical company Barry Sherman founded. The Shermans were found in a semi-seated position hanging by the indoor pool. CBC is reporting new details provided by a real estate agent who was touring the home with clients when he came across the bodies. The unnamed agent says they thought it was a joke or a Halloween prank. The agent didn’t learn the truth until a couple of days later when contacted by police.

Listen to Zoomer Radio news with Bob Komsic and Classical FM news with Michael Kramer this afternoon for an update to this story following the 2 p.m news conference. 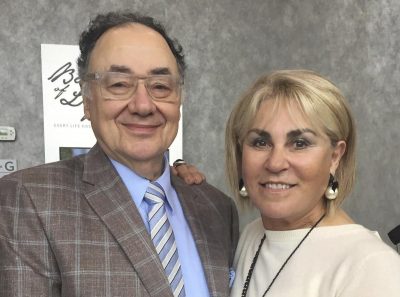