LIVE ACTION ALADDIN COMING TO A THEATRE NEAR YOU

Disney has announced it’s planning to release a live-action film adaptation of its animated classic Aladdin. It will feature Canadian actor Mena Massud who plays the rags-to-riches prince Aladdin. The remake, shot in England and on location in Jordan, is directed by Guy Ritchie and also stars Will Smith as the Genie. Actress Naomi Scott plays Jasmine. Disney released a teaser trailer on YouTube to spread the word of its new production. The film score includes new songs as well as re-recordings of the original songs written by Alan Menken. The movie will be released in theatres next May. 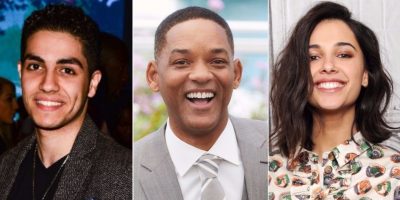