Canadian students wouldn’t fare well on the game show Jeopardy if Alex Trebek posed questions about historically significant Canadian women. A new Ipsos poll from the organization behind Canada’s Heritage Minutes suggests the majority of Canadians have a lot to learn and that the provincial education systems in this country need to do a better jog teaching history. The poll posed a dozen true or false questions about Canadian women’s history. 55 per cent of those who took the quiz failed with only three per cent answering well enough to score an A. Some included statements such as “Canada has never elected a party with a female leader to form the federal government” and “Margaret Atwood, Alice Munro, and Lucy Maud Montgomery are among Canada’s best-known authors” both are true. Historica Canada says the findings are similar to other such surveys, point to persistent gaps in the various provincial education systems and suggests the majority of Canadians have a lot to learn. 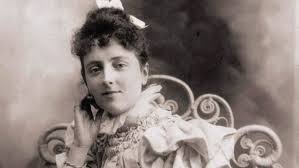