The Stradivarius stolen from the late violinist Roman Totenberg and miraculously found more than three decades later has a new life under the chin of a budding 18-year-old virtuoso. 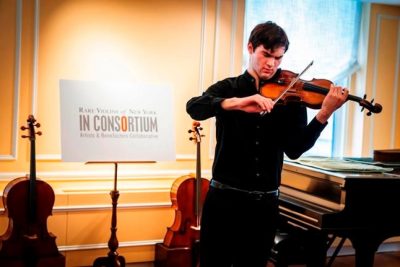 Juilliard student Nathan Meltzer playing the multi million dollar violin on loan from the Totenberg family. The 18th century instrument was snatched in 1980 from Totenberg’s dressing room after a concert in Cambridge, Massachusetts. It was recovered in 2015, after his death, among a former student’s belongings. The man’s ex-wife discovered it and tried to sell it, not knowing it had been stolen until an expert contacted the FBI. The instrument was restored after years of neglect.