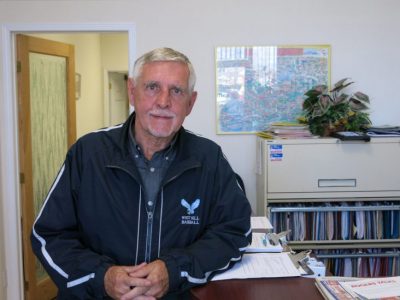 John Tory was among the politicians and community members who gathered along a section of the waterfront Saturday to honour the late Councillor Ron Moeser.

“He was a person who devoted a lot of his time to the natural setting of Scarborough and of Toronto and to the fact that we had beautiful things like this lakefront, which I bet most people in Toronto have never seen and the Rouge Park and things like that, and understood that a great city doesn’t just consist of buildings and streets and houses.  It consists of very special places like this where you can connect up to a precious asset we have, namely the waterfront and he worked hard to make sure that happened.” said Mayor John Tory.

The Ron Moeser Trail is located at Rouge Beach Park in Scarborough where Moeser served as councilor before he died following a battle with cancer in 2017.