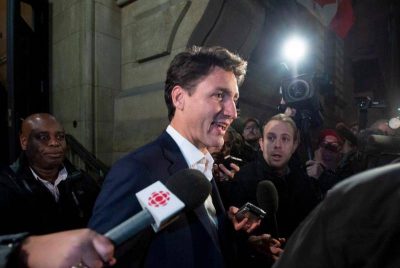 After 14 months of effort and several weeks of high-pressure negotiations, a deal on a newly named United States-Mexico-Canada Agreement, USMCA for short,  was reached just before a U-S-imposed midnight deadline. The agreement retains a dispute-resolution process the U-S staunchly opposed.There’s also word it preserves Canada’s supply management system for dairy and poultry, but gives U-S farmers greater access to the Canadian dairy market. Canada’s dairy farmers are less than thrilled to learn their dairy market will be more open to American farmers.In a news release early this morning, the president of the Dairy Farmers of Canada says  “Granting an additional market access of 3.59% to our domestic dairy market and eliminating competitive dairy classes will have a dramatic impact on dairy farmers and the whole sector.”