AS PROMISED, NO HIKE IN MINIMUM WAGE IN ONTARIO

The Ontario government says it will not raise the minimum wage next year as planned by the previous Liberal government. Labour Minister Laurie Scott says it will remain at $14 an hour rather than a bump to $15. There’s more pressure for Doug Ford’s PC government to roll back other labour reforms by Kathleen Wynn’s previous Liberal government that include provisions for sick leave and pay equity. Both the Retail Council of Ontario and the Chamber of Commerce say the Fair Workplaces, Better Jobs Act is a mess and should be scrapped. Ontario’s Labour Minister says she’s reviewing the law this fall. 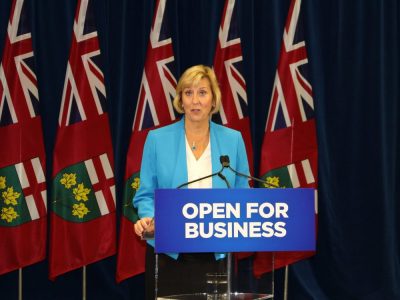