An extraordinary collection of 182 letters by iconic American journalist and writer Hunter S. Thompson will be auctioned tomorrow. 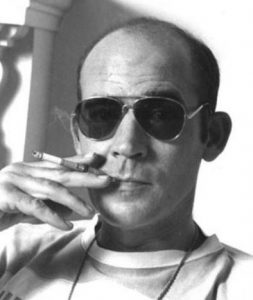 The letters spanning from 1955 to 1974  are  highly personal and provide a glimpse into the writer’s view of the world. Among the highlights of the archive is Thompson’s famous letter written the day of US President Kennedy’s assassination. In past interviews, Thompson says writing was the only thing he was good at after trying many jobs including cab driver. The “Fear and Loathing in Las Vegas” author took his own life in 2005. He was 67.