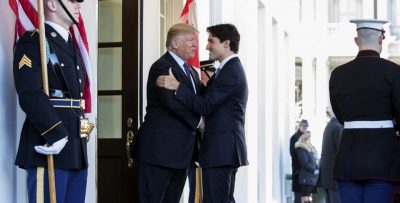 U-S President Donald Trump returns to the United Nations General Assembly today but with a different tone than last time. He’s expected to be unapologetic about his decisions to engage with North Korea, but will now focus his anger at Iran. Trump withdrew the U.S. from a nuclear agreement between Iran and reinstated economic sanctions on Iran. Trump says in a tweet he has no plans to meet with the Iranian President Hassan Rouhani at the U-N but “maybe someday in the future.” White House aides are casting Trump’s New York visit as a chance to assert American sovereignty before the multinational body.

Meantime, Canada Prime Minister Justin Trudeau, who is also at the UN assembly, is on a mission to remind the world that there’s more to Canadian foreign policy than just Donald Trump and North American free trade. Trudeau has a number of bilateral meetings scheduled to take place on the fringes of the assembly but none with the US President. Canada is keen to secure a coveted seat on the U-N Security Council.