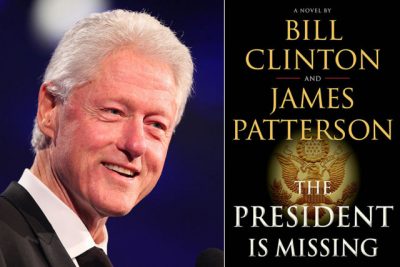 ‘The President is Missing’was released in early June and has topped bestseller lists for weeks. Reviews were mixed, but one Barnes and Noble fiction buyer  said the book benefited from very strong word of mouth. The book’s subject has also proved timely, a potentially devastating cyber attack, which intelligence experts have called a leading concern. Clinton, whose previous books include the memoir “My Life,” is now the rare author to have million sellers in fiction and nonfiction.