Canadian comic, actor and artist Jim Carrey says his recent cartoons attacking the Trump administration are a civilized response to what he calls a “nightmare.” 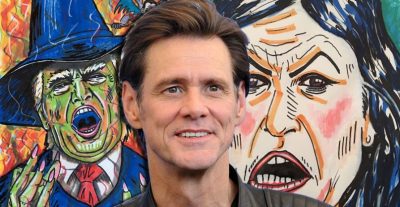 Carrey told TV critics Monday that his sketches may seem to lack sensitivity but it’s his creative way to express his political opposition. Many of his cartoons poke fun at Donald Trump, including one showing POTUS eating an ice cream sundae while wearing a bathrobe and another of him swimming in a pile of sewage. Among others getting the Carrey cartoon treatment, White House press secretary Sarah Sanders, that’s been blasted as sexist and bigoted by Sanders’ father, former Arkansas Gov. Mike Huckabee. Carrey’s unflattering portraits have upset many Trump supporting Republicans.