Never before seen sketches from the irreverent British comedy troupe have been discovered, hidden away in paperwork belonging to founding member Michael Palin. The unearthed characters include an amorous pink knight and a book seller from the Wild West, both originally penned for the classic Monty Python And The Holy Grail. The discovery was made after Palin donated a collection of notebooks and scripts to the British Library last year.Some of the unused material was apparently too controversial for public viewing at the time but now the 75-year-old Palin has given permission for the sketches to be reproduced. The comedy group made its last film 35 years ago. 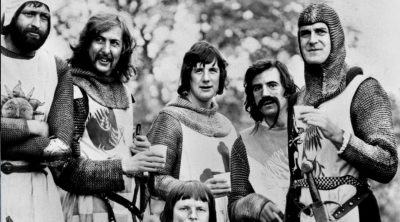