One of Europe’s largest street art festivals is underway. 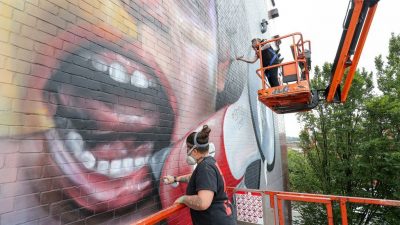 UPFEST began with just nine artists but this year has grown to more than 400 taking part from 70 countries from around the world. It’s held in Bristol, in southwest England, the birthplace of Banksy, the anonymous artist with an international reputation for street art. 80 Bansky works are currently on display in Toronto until September. Organizer Stephen Hayles says Banksy’s influence raised the profile of the city but adds that many equally talented artists displaying their works at this week’s  festival that runs until Monday. Street art has become a major tourist industry for Bristol.