STAFF LOCKED OUT LESS THAN A MONTH BEFORE THE EX

The city of Toronto has locked out hundreds of unionized workers at the grounds of Exhibition Place, just 28 days before the popular CNE opens, the perennial fair that marks the official end of summer 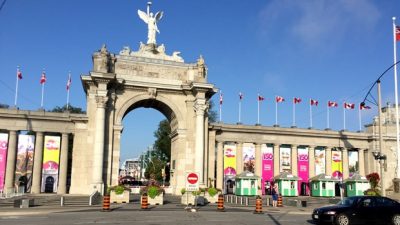 President of local 58 of the International Alliance of Theatrical Stage employees Justin Antheunis says they’re after better working conditions. The lockout follows months of negotiations for a new collective agreement. Mark Grimes, chair of the city’s exhibition place board of governors says the city is trying to reign in rising costs. The affected venues include BMO Field, Queen Elizabeth Theatre, Coca Cola Coliseum, Enercare Centre and the Liberty Grand. The lock out will be put to the test with Saturday’s Toronto Argonaut CFL game BMO field. MLSE, which owns the CFL team, says its bringing in workers from its other venues to cover the shifts of the locked out members.