The next CEO of the TTC will be the same person who’s held the job on an interim basis for the last seven months. During a closed-door meeting Tuesday, the TTC board voted unanimously to appointed Rick Leary the permanent CEO. 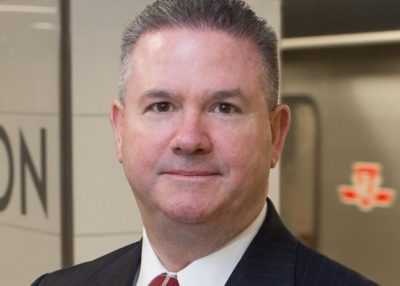 A former deputy CEO with the TTC, Leary has held the top job on an interim basis since the departure of Andy Byford in December. TTC chair Josh Colle says Leary inherits many challenges, including a strained relationship with Bombardier over contracts but that he’s up for the job. Mayor John Tory tweeted his congratulations to the new CEO. “Congrats to the new #TTC CEO Rick Leary. I look forward to working with him to keep improving our transit system for every resident, in every part of this city.” 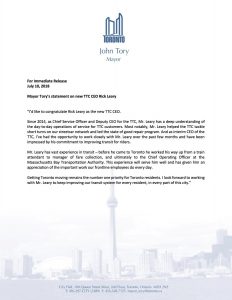