A Toronto psychologist says there’s no doubt some of the boys involved in the cave rescue in Thailand will suffer post traumatic stress. 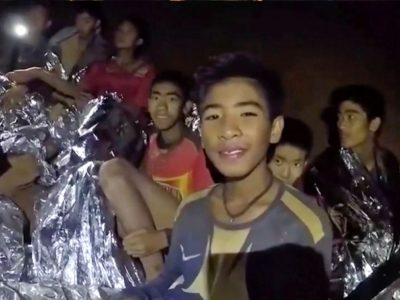 But Dr. Sam Klaarreich says it’s comforting to hear the young soccer coach trapped with the boys has been teaching them how to meditate. Dr. Klaarreich told Zoomer Radio’s Fight Back with Libby Znaimer, PTSD symptoms can diminish with ongoing support, and continued connection with each other. This story has captured our hearts and the psychologist says it’s because the story is so unusual and there were initial fears the boys wouldn’t be rescued. It has taken two days, but divers have managed to bring eight boys to the surface. It’s not clear if rescuers will try to get the other four and their coach out Tuesday, as they race against time and the monsoon rains that are threatening to raise water levels in the cave system.