The woman at the centre of a scandal brewing for the Prime Minister is speaking out for the first and last time on the incident. In a statement released Friday, Rose Knight confirmed she’s the one referred to in a 2000 newspaper editorial saying Justin Trudeau “inappropriately handled” a reporter covering a B-C music festival. In the letter she writes that she will not be taking part in any debate on the issue. Knight says Trudeau apologized to her the next day, and that was the end of the matter. For the second day in a row, Justin Trudeau was pressed to give his version of events and while he says he respects Knight’s decision, he claims he did not act inappropriately and he remembers the encounter with her differently. 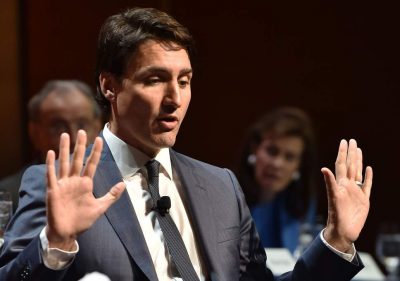