IT'S NOT THE HEAT, IT'S THE HUMIDITY

A relentless heat wave has gripped much of the province and don’t expect a break from the sweltering heat until Friday before another heat wave builds next week. 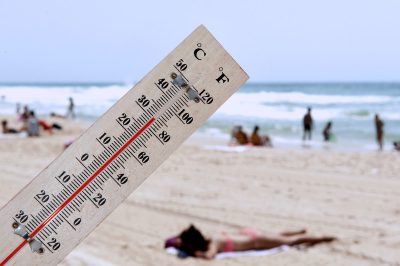 Senior Climatologist Dave Phillips with Environment Canada says this summer is far different from last year, when we had just nine days with temperatures above 30 degrees. We’ve endured 28 hours of humidex values above 40 degrees and Phillips describes it as jungle-like and oppressive. The temperature reached a record 35.4 on Saturday July 1. Meantime, the heat and humidity in Montreal has been deadly. Health officials say six people have perished in the intense heat. Dr. Mylene Drouin says while six deaths are not considered excessive but the city is pushing forward with its emergency response plan. The city wants to avoid what happened in 2010, when intense heat claimed 106 lives.