The embattled former leader of the Ontario PC party is attempting a political comeback. This time in the fall municipal election. Patrick Brown has officially thrown his hat in the ring to become chair of Peel Region. That’s a position that was previously appointed but will now be elected for the first time. Brown stepped down as Tory leader in January after two women came forward with allegations of sexual misconduct against him, which he has consistently denied. Brown spoke about a defamation lawsuit he filed against CTV news on Fight Back with Libby Znaimer in February. 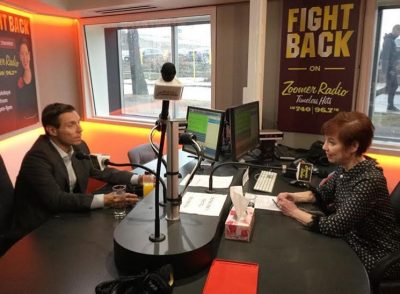 Brown is writing a tell-all book detailing what he describes as his “political assassination.”A programming note, Patrick Brown will be a guest on Zoomer Radio’s Fight Back with Libby Znaimer Wednesday July 4 at 12:30.