It was an emotional evening in Saskatoon, as country performers took part in a tribute concert for the victims of the Humboldt Broncos bus crash earlier this month. 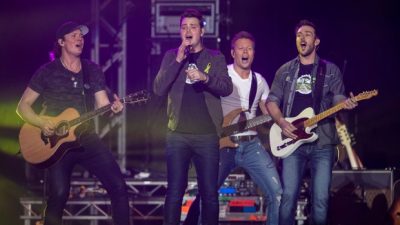 More than 10-thousand people chanted “Go Broncos Go” at the end of the night, as family members and current and former N-H-L players joined Smith on stage. Evan Thomas was one of the 16 people killed in the April 6 bus crash. His father Scott, said it was a tribute for his son who loved country music. Another 13 people were injured in the crash. Among the performers were Brett Kissel, Dallas Smith and the Hunter Brothers