It was a handshake seen around the world. North and South Korea say they want to officially end the Korean War by the end of the year. At a historic summit meeting Friday, the two sides have agreed to stop all hostile acts over “land, sea and air” that can cause military tensions and clashes. The two leaders have pledged to de-nuclearize the Korean peninsula, but didn’t identify any specific new measures to achieve that. As of the first of next month, both countries will suspend all loudspeaker propaganda broadcasts they have been blaring at each other across their heavily-armed border. 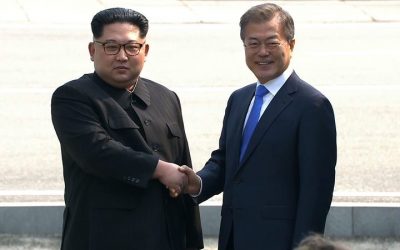