Business owners have renewed their criticism of the King Street Pilot project. 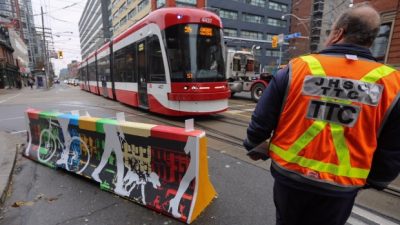 This time, they’re backed by a transit expert who says the project isn’t working as well as advertised. A report by a Ryerson Professor done for the Association that represents Ontario restaurants, contends the project has had minimal effect on streetcar travel times and that increased ridership on the route could have been achieved without re-configuring King street. Armed with this new information, restaurant owner AL Carbone wants changes and admits he’s had to lay off staff with a 21 percent drop reservations. But Councillor Joe Cressy says business was down in the area, but it was likely as a result of the colder than normal winter. In a statement, the TTC stood by its assessment that the pilot is achieving its goals. The city launched the project last November to improve streetcar service along King with restrictions on cars along the corridor.