The French designer who created Audrey Hepburn’s little black dress in “Breakfast at Tiffany’s” has died. Hubert de Givenchy was 91. 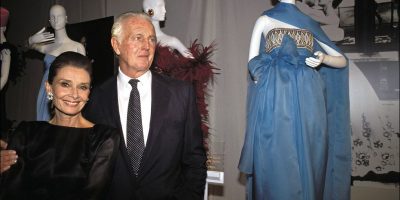 The French couturier was part of the elite group of Paris-based designers, including Christian Dior and Yves Saint Laurent, who redefined fashion after World War II. Givenchy is considered a pioneer of ready-to-wear clothing. He was a tall man, who was close friends with his famous clients, among them Liz Taylor, Jackie Kennedy and Princess Grace of Monaco. He founded his label in 1952, and sold it to conglomerate LVMH in 1988.