Hundreds gathered for a vigil to honour a toddler who went missing in a river near Orangeville early Wednesday. A recovery effort resumed Friday morning after police believe the 3-year-old boy, identified as Kaden Young, was swept away by a fast-moving current after his mother’s van slipped into the Grand River. Nearby residents gathered at the scene last night to light candles and place flowers in honour of the missing toddler. Police say they found a child’s T-shirt and booster seat in the river but officers said they don’t believe the child was wearing that T-shirt at the time of the crash. An OPP helicopter is providing support to ground crews searching for the little boy. 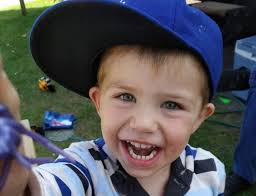