It was standing room only at Patrick Brown’s official leadership bid announcement Sunday afternoon in Mississauga. The former Ontario PC leader held his first campaign event in an effort to reclaim his job he abandoned last month amid sexual misbehaviour allegations from two women. Brown was forced out and then last week was kicked out of the Tory caucus. But in a stunning move Brown he registered to run for the party leadership, declaring himself emphatically to be innocent.Sunday, an energized Patrick Brown addressed close to 200 cheering supporters he feels he’s cleared his name these past three weeks and that he still plans to sue CTV over its reporting. The broadcaster says it stands by its reporting it will actively defend against any legal action. Brown reiterated his commitment to uniting the party which seems to be in turmoil with some political strategists calling Brown a distraction in the race. 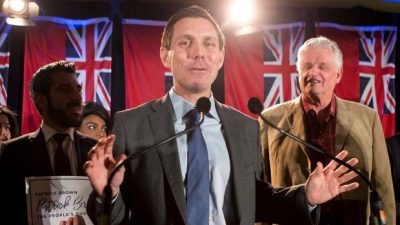