More policies will be announced by the federal Conservatives this week. Among them, a new approach to disabilities benefits to be detailed Monday. It comes in the form of a private member’s bill sponsored by Tory finance critic Pierre Poilievre. The idea is to ensure people with disabilities aren’t at risk of losing their benefits if they want to work longer hours or for higher pay than allowed. The bill is in addition to one from Conservative Leader Andrew Scheer that calls on the Trudeau government to stop taxing employment insurance benefits drawn by those on parental leave. 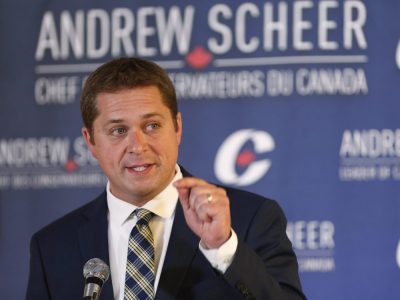 Another new policy is in reaction to recent sexual harassment stories out of Ottawa. The Conservatives made an addition to its questionnaire that must be completed by anyone seeking to join a party nomination contest.It will now ask potential candidates specific questions about whether they’ve ever been accused of inappropriate sexual behaviour.