Canada’s leading pot advocate has drawn a line in the sand with the Ontario government. Marc Emery says he and other marijuana distributors deserve the right to sell pot, after being persecuted and shunned to the black market for 50 years. 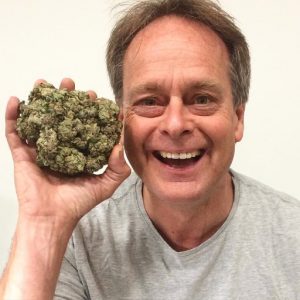 Emery spoke with host Libby Znaimer on Zoomer Radio’s “Fight Back.” He says the government’s plan to sell legalized marijuana in stores run by the LCBO is a monopoly that allows no room for people like him. Emery has been advocating for the legalization of cannabis since he got into the business in 1994 and been arrested and served jail time on 36 occasions. The government announced recently that it will open 150 stores that will sell legal pot by 2020. Sales will be restricted to those over 19. Meantime, leaders of the N-D-P and P-C parties say the Liberal government’s newly announced marijuana plan is just a way of distracting Ontarians from two trials involving Liberal party workers. Progressive Conservative Leader Patrick Brown says the government announced the pot plan before fully considering public safety and health issues. New Democrat Leader Andrea Horwath says the government must put social responsibility first.