Reaction has been swift to North Korea’s latest nuclear test it says is meant to be loaded onto an intercontinental ballistic missile. Russia says this latest act of aggression “deserves the strongest condemnation.” It’s calling on all parties to refrain from escalating tensions. French President Emmanuel Macron says the international community must treat this provocation with firmness. In a written statement, Macron “calls on the members of the United Nations Security Council to quickly react to this new violation by North Korea of international law.” South Korea says the blast appears to have been several times stronger than the North’s previous test and its weather agency says the detonation set off a magnitude 5.7 earthquake. North Korea’s state-controlled media say it was a thermonuclear device and a “perfect success.” There was no immediate reaction from the White House Sunday morning. 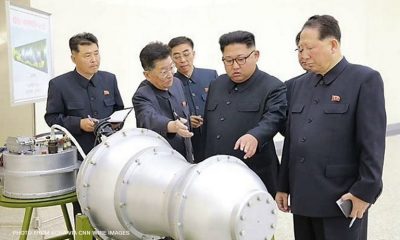