In his post-game interview, 18-year-old Denis Shapovalov of Richmond Hill said he hopes to inspire Canadian kids to pick up a tennis racket, rather than a hockey stick. The teen lost his bid to be youngest quarterfinalist since Andre Agassi in 1988. He struggled with mental errors but pushed 12th seed Pablo Carreno Busta of Spain to three tiebreaks in a three-set loss at the U.S. Open. The No. 12 Busta reached the quarters for the first time in Flushing Meadows and matched his best result in a Grand Slam tournament. He also went to the quarterfinals at the French Open in June. 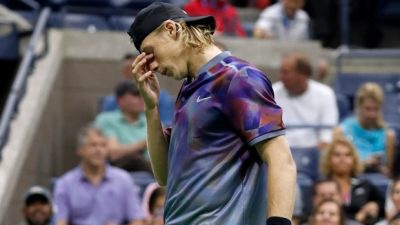