A Mississauga pastor arrived at his church Sunday morning to a hero’s welcome. 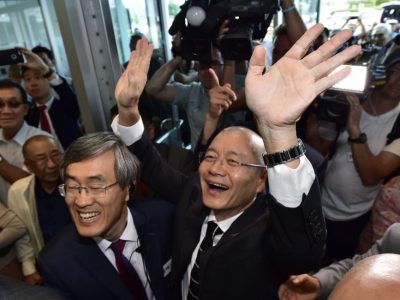 62 year-old Hyeon Soo Lim is a pastor with the Light Korean Presbyterian Church. He was released from prison in North Korea last week after being handed a life sentence with hard labour in 2015. His family credited the Trudeau government with securing his release. James Lim says his father’s faith was strengthened during his many days of isolation. He also joked that the first thing his father asked for after arriving back in Canada was Tim Horton’s coffee and donut. Good Friend, Scarborough MPP Raymond Cho, was overcome with emotion as Lim arrived at church. Cho says he’s so grateful his good friend is not only home, but appears to be in good health. Outside the church before the service, Lim told a group of reporters that he’s proud to be a Canadian.