A study has found that nearly three-fifths of Canadian homeless youths were in the child welfare system. 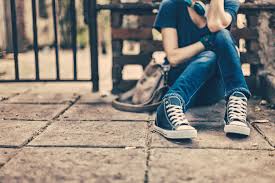 A first-of-its-kind study in Canada draws a link between youth homelessness and the foster care system. Researchers say the system could play a more active role in keeping young people off the streets. The study found nearly three out of every five homeless youth were part of the child welfare system at some point in their lives, a rate almost 200 times greater than that of the general population. Homeless youth between the ages of 13 and 24 make up about one-fifth of Canada’s homeless population. The authors of the report says that when children age out, they lose access to support. They recommend the governments focus on after care to age 25.