Canada’s 150th birthday was extra special for 150 new Canadians who were granted citizenship at Ontario’s legislature Saturday. The Queen’s Park event was one of 55 similar ceremonies held across the country for today’s sesquicentennial. Premier Kathleen Wynne addressed the crowd and said the province’s greatest strength has always been the diversity of its people. She also stressed that, with the exception of Indigenous peoples, all Canadians have immigrant backgrounds. In East York, 21 people from 11 different countries received their oath of citizenship. 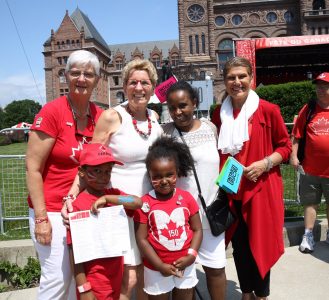