Not only is it a fan favourite, but multiple award-winning Canadian musical “Come From Away” continues to grab attention at awards shows. 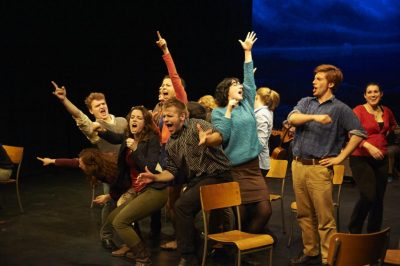 photo: Toronto Star
This time, the homegrown stage production has scored seven nominations including outstanding new Broadway musical by the Outer Critics Circle Awards. Married co-creators Irene Sankoff and David Hein grabbed nods for outstanding book and outstanding new score of a Broadway or off-Broadway musical. “Come From Away” is set in Gander, Newfoundland in the aftermath of the 911 attacks. Prior to its Broadway debut early last month, the musical was staged in a number of American cities and Toronto.