A man who was beaten by a fellow resident at a nursing home in Dundas back in January, has died. 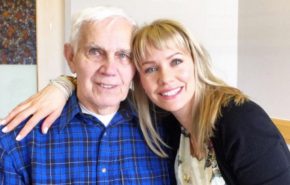 86 year old James Acker, who suffered from dementia, was bloodied and bruised by a fellow resident in the middle of the night, as staff allegedly watched on, unable to impede the attack.

Acker was taken to hospital with a concussion and bleeding on the brain; he never fully recovered.

The incident sparked an inspection by the Ministry of Health and Long Term Care, which found St. Joseph’s Villa Nursing Home was in violation of several rules, but no charges were laid, and it would be up to the home to make changes.

Tammy Carbino, Acker’s daughter, was a frequent guest on Fight Back with Libby Znaimer, and told the show last week that her father’s health at taken a turn for the worse.