FLY ME TO THE MOON

Not sure if two lucky people will be listening to crooner Frank Sinatra’s “Fly Me To The Moon” when they will do just that next year. The surprising announcement was made on Monday by SpaceX
Company chief Elon Musk. Two private citizens who know one another approached the company about sending them on a week-long flight just beyond the moon. Musk won’t identify the pair or the price tag. He says they’ve already paid a “significant” deposit. The trip will last approximately one week. The passengers will travel beyond the Moon and loop back to Earth, covering a distance of 300,000 to 400,000 miles. It’s unclear if the two have any experience with spaceflight but they will undergo training beforehand. Musk says SpaceX is on track to launch astronauts to the International Space Station for NASA in mid-2018. This moon mission would follow about six months later, using a Dragon crew capsule and a Falcon heavy rocket. 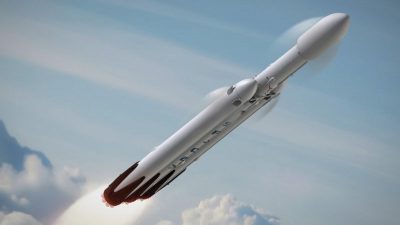