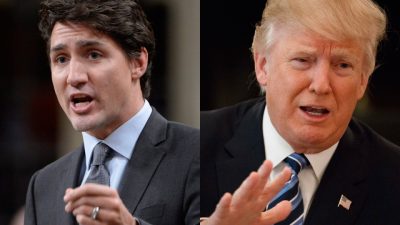 As Prime Minister Justin Trudeau prepares for his trip to the White House tomorrow, he is getting an offer of backup from an unlikely source-Rona Ambrose. The interim Conservative leader sent a letter to the Prime Minister calling for bipartisan efforts in building a relationship with the new Trump administration. She added her caucus members already have strong contacts with American politicians and expertise in areas like trade. Ambrose listed NAFTA and Trump’s potential ‘Buy American’ legislation as key issues Trudeau must address. Trudeau said last week in Yellowknife that he would handle any disagreements with the president respectfully and that he sees eye-to-eye with Trump when it comes to the economy and creating jobs for the middle class. He has avoided directly commenting on Trump’s recent executive order banning immigrants from seven majority-Muslim countries, which is now the subject of a court battle in the U.S.