Grammy-winning singer/songwriter Elton John is collaborating on a new project. He’s working with playwright Paul Rudnick on the Broadway adaptation of The Devil Wears Prada. John has worked on previous Broadway productions including The Lion King and Billy Elliot. “Re-imagining The Devil Wears Prada for the musical theatre is super exciting,” John said. The stage production hasn’t set a date yet but it’s one of many films making the transition to Broadway. There are rumours that the Oscar-nominated La La Land will soon hit Broadway. The Devil Wears Prada was based on a novel of the same name and starred Meryl Streep as a demanding fashion magazine editor. The 2006 film was a hit at the box office, making $326 million worldwide. 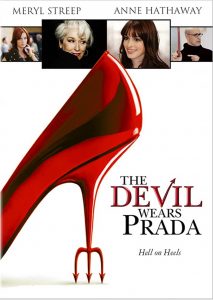