The Broadway musical Hamilton has set a record for the most money made by a show in one week. Through eight performances the Thanksgiving week, Hamilton earned almost $3.3-million. 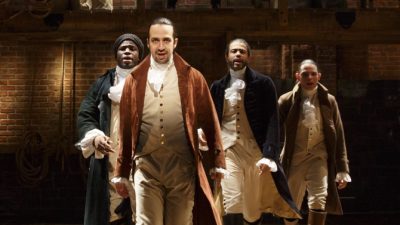 For the week, nearly three dozen shows pulled in nearly $35-million with thanks to premium pricing, and the the draw of Hamilton. Some of the other highly attended shows during the American holiday included The Lion King, Wicked, Aladdin and School of Rock. Thanksgiving is usually Broadway’s second highest-selling week of the year, after the period between Christmas and New Year’s. Broadway has pulled in $695-million so far this year, that’s two million less than at this point last year.